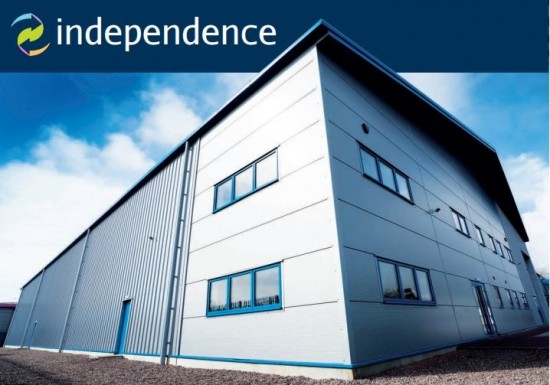 Vail Williams’ transactional team was appointed by Adata Limited to advise on the marketing of a brand-new warehouse facility near Portsmouth.

The warehouse, Independence, spanned 22,000 sq. ft., and was built to a very high standard in order to allow it to compete with a number of speculatively units of a similar size being constructed across the Solent region.

The resulting unit benefitted from a number of high-quality finishes, including office space with a layout and configuration that created an impressive reception which, with the overall appearance, and large secure yard, allowed it to differentiate itself from the local competition.

Drawing upon expertise from across our transactional team, together with the joint agent for the property, we undertook a robust marketing campaign to promote the property to a number of regional and national occupiers based in the area.

Utilising our expert knowledge of the Solent property market, with particular focus on the industrial and logistics sector, we engaged with known occupiers who had an unfulfilled requirement for this type of space.

As a result, we identified roofing materials supplier, Danosa UK Ltd, as a potential occupier on account of their recent expansion in the area.

Despite a preference to remain closer to Portsmouth, limited industrial property supply allowed us to sell the benefits of the site at Havant, to the extent that it became Danosa’s preferred location of choice.

Independence suited Danosa’s specification requirements and a deal was struck with them to secure a 10-year lease.

Not only this, our client allowed Danosa to use the space as materials storage whilst the legal documentation was processed and agreed, in order to meet Danosa’s immediate requirement for storage.

Whilst our client had the confidence in the market to embark on the speculative development of a new warehouse building, the fact that there were a number of similar developments in the area presented a challenge.

Despite there being a similar neighbouring site, the high-quality specification of Independence and the fact that construction was already complete, allowed it to compete and become let before the competition was ready to be occupied.

Fortunately, Independence was let at a stage when the construction of the neighbouring site has just started and there were very few comparable, brand-new buildings released in the market.

If construction had been delayed or a tenant had not been identified in time, the building would be one of a few similar new buildings in the market all competing for the same calibre of tenant that we were successful in securing at Independence.

As a result of the expertise provided by the transactional team at Vail Williams, our client, Adata, secured a tenant for 10 years, allowing them to generate a guaranteed income stream from the building, whilst creating an attractive investment to sell-on, fully-let, as required.

“When operating in a competitive property market, it’s important to have a team with expert understanding of your market on your side. This is exactly what Vail Williams was. Using their in-depth knowledge of the Solent area, and with particular expertise in industrial facilities, we were able to secure a long-term occupier for the site, ensuring a good return on our investment.” Joanna Brown, Adata Limited.

Other Building Consultancy and Property Acquisition and Disposal Case Studies